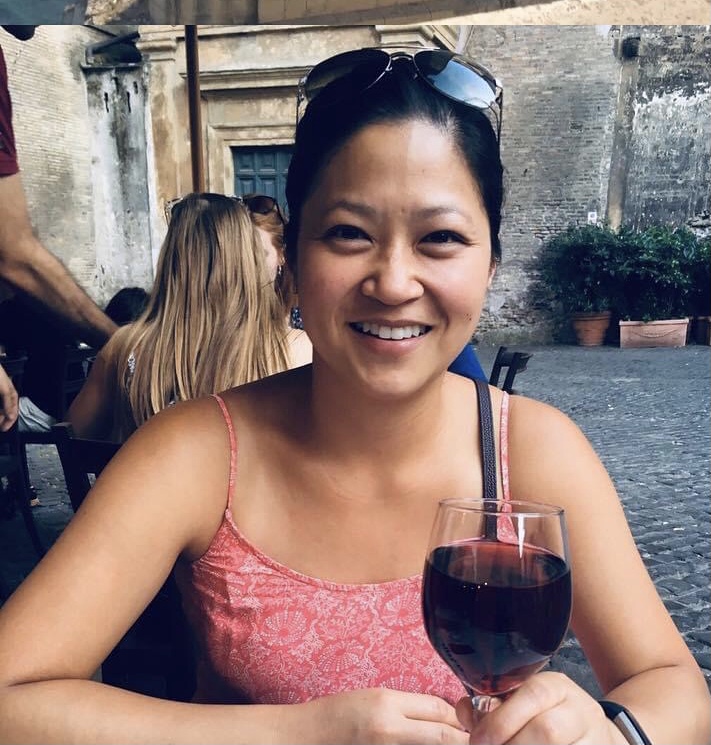 Have you ever wondered who is the ideal franchise owner?

Franchising is truly for anyone who is willing to take risks, wanting to get started in a business concept quickly, and most importantly has the work ethic to match.

A majority of people are stuck in a 9-5 job that they absolutely hate, but with a positive mindset and dreaming big you can be a franchise owner and be on the path to financial freedom.

This blog is about an established teacher who decided to become a franchise owner.

Dana Chan has been an elementary school teacher for the last 17 years.  She has taught in different parts of Alberta, British Columbia and have recently settled back in Edmonton.

During the early stages of the pandemic, Dana realized that she wanted to have bigger aspirations and decided to become a franchise owner.

She decided to choose the senior care industry due to her prior experience from her 20’s. Her great grandmother and grandfather went through nursing homes back when she was in her 20s, and from what she saw, they were not having the best experiences.  From that experience,  Dana always thought to herself that better care could be offered.

With this information, along with her passion for caring for others, Dana invested in a Qualicare franchise.

The senior care industry is one that has been growing in the last decade. This is especially credited to the aging population in North America. The senior care sector will see tremendous growth in the coming years. Currently, there is a demand for staffing which means the industry as a whole is in demand once again due to the 60+ population.

What made you decide to invest in a franchise?

For at least 5 years now, I’ve wanted to try something different from teaching.  I grew up in a family of entrepreneurs and knew that one day, I would do the same.  Looking into a franchise was a given…my mother owned a franchise and I liked the idea of walking into a working, proven system.

When did you know it was time to transition to owning a franchise?

I think teachers, in general, are very hard-working people.  When Covid hit, it made me re-evaluate all the things that were important to me.  I wondered if I worked just as hard at my own business, if I could eventually have more time, flexibility and financial freedom.

What advice would you give someone looking to leave their job and invest in a franchise?

If someone is seriously thinking about owning a business and can financially make it work, I’d say do it.  This year, I knew I was going to take that leap of faith and work part-time in order to dedicate time into looking and starting a franchise.

I plan on finishing the school year and will fully invest my time into the franchise next year.  There will be a time in the beginning where I won’t be making money so financially, I need to make sure I have enough to keep me going.

I met Andrea as a teacher over 10 years ago (when she was still a teacher) and I’ve watched her transition from a teacher to the now amazing entrepreneur.  I knew that she would have the expertise in franchising  to help me transition out of my profession, because she has been a multi-unit franchise owner for the past 12 years.

What was it like working with Bailey Brown The Franchise Agency?

Andrea and the team were fantastic to work with.  They were  quick to answer any questions. They were  professional and made the process of finding a franchise quite painless.  Their guidance was much needed and appreciated!

Did you think you would always be asking “what if” if you didn’t take the leap of faith?

I definitely think that I’d be asking myself “what if” if I didn’t take this leap of faith.  I’m not sure how this will play out in the future but I’m glad I did it.

What has been the most rewarding feeling of franchise ownership so far?

When I look back to the start of this process, I’m proud of how far I’ve come.  I’m in the middle of training with Qualicare, and in a couple of months, I’ll be launching the business!

When it comes to the story in this article, Dana is an incredible example of someone who worked very hard, continued to dream bigger, and found her passion. Dana originally was an elementary school teacher and then transitioned to owning a senior care facility franchise.

It is important to identify what you want and then to go after it. During this journey, it is just as important to hire expert advice so you can navigate the obstacles of franchise ownership.

Are you on the path to transitioning from an established career to franchise ownership? If so, what word describes this journey?